This first image is one from my Iron Man series from a couple of weeks ago. Turned out to be far more popular than I expected. Usually the ones that I have doubts about are the biggest hits. I didn't have any doubts about the actual photos, what I was doubtful of was the soundtrack that accompanied it! (look for it over on the sidebar. you're supposed to play it as you look at the series of images.) Thought I'd show an old comic book cover that influenced me. I just had to search the internet for it so I could post it here, and I forgot how great it truly is! So much more action than how I remembered it! My Iron Man image isn't nearly as fantastic, but I thought I'd share where my brain was at then. 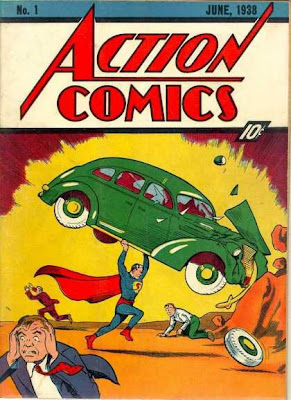 At the moment, I'm working on an image for the book that is directly influenced by an old Muhammad Ali photo. I'm really happy how it's coming along, and I think it'll be a really fun image.
Posted by Terry Border at 8:54 AM