My Ten Year Old Self 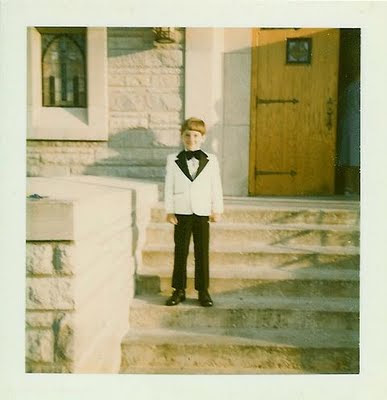 I was thinking this morning that my ten year old self would be somewhat disappointed that I wasn't a millionaire by now. I'd respond that it's harder than it looks, and if he would have studied a little more who knows what would have happened! ha! A Facebook friend mentioned that his ten year old self wanted to be an astronaut, so "I guess they all get to be disappointed."
Terry the ten year old would definitely be surprised with some of the other goals that I have achieved, even if they haven't meant the great financial rewards he had hoped for. I've checked quite a few things off my list that I made a little later in life, with several more to go.
I also remember that I looked forward to buying a certain canned chocolate drink (Choc-Cola, I believe it was called) whenever I wanted to(!) when I grew up. I don't believe that brand exists anymore (besides, my treat drink taste buds have turned to iced coffees and beer these days) but sometimes I buy something that reminds me of that stuff, just because. Kind of like keeping a promise to the little person that I was, all those years ago.
Of course, feel free to comment about the thoughts of your little 10 year old self.

------------------
Plus- This just in- I finally find out who has been filling the internets with good stuff. Chipmunks, legos, and Star Wars- Here. I've seen his stuff floating around a lot lately.