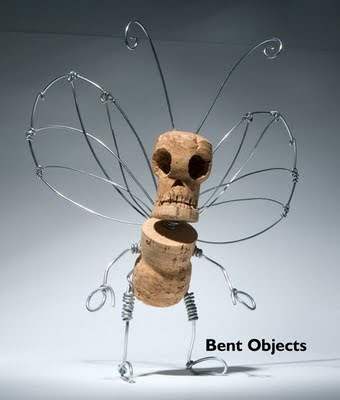 You know those mornings after you've had a bit too much to drink? This is the reason you have a headache. It's the Hangover Fairy.

When you've killed brain cells, via alcohol poisoning, he pays you a visit and takes those away, kind of like the Grim Reaper of brain cells. In their place, he leaves you the gift of a hangover. Why must he do that? Because he's the Hangover Fairy, and he really likes his job.

I gave my Twitter people and Facebook people a sneak peak at him, and I'm happy to say that he was sold in 15 minutes on my Etsy. I'll try to do more of those. There has to be an occasional reason to be friends with me on those things.