Time to nominate an object! (edit- the polls are closed!)

For those who are new at this little blog, every so often I take suggestions of what objects(s) to use in an image. If you have something in mind, then mention your object first, then mention the object that someone else already named, so that we can have some sort of voting on what's popular. Warning- if you mention a whole list of things, I will only count the first on the list.

Remember that you don't have to give me ideas on what to do with the objects, that's the fun part for me! hehe

If you aren't a regular here, maybe you want to take a go through some of my older images to see if I've already used the object you were thinking of.

Some winners of past Bent Objects nominations--


Olive and a Gherkin, for "Relishing Life...and Death" 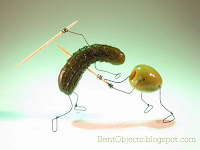 Chapstick, for "This Chap Sticks the Landing" 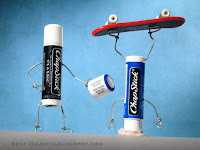 And candy corn, which appeared as "Halloween Candy". 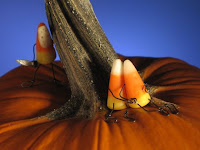 The vote winner will be announced Friday morning!
Good Luck!
Posted by Terry Border at 3:28 AM