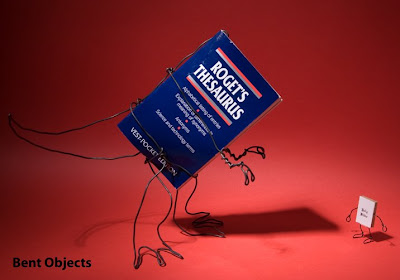 All I know is that when this idea came to me, it "clicked" ( I had posted the larger character by itself awhile back, but I new it needed more) . By "clicked", I mean that in my mind, the idea works on at least a couple of levels. Whether it does for anyone else remains to be seen. I have my doubts!

I don't like expanding on what I'm thinking though, so nobody hold their breath on that one.

On another note, Congrats to Matt Green for getting half of the U.K. to vote for his entry in the last contest! ha! ]

Matt and the two mediocre prize winners need to send me their addresses. Yes, I really am giving away the Starbucks card, and Victoria's Secret Panty card. If they aren't claimed in the next week, I can't make any promises that I won't use them myself (coffee for me, underwear for my wife).
Posted by Terry Border at 8:12 PM