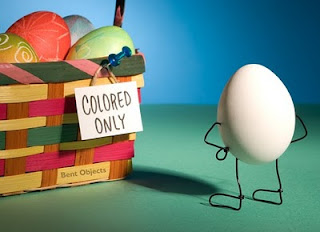 I made the card below if you'd like to email some Bent Objects Easter weirdness.
Just click and save. 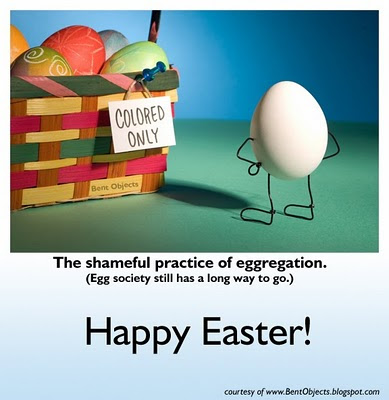 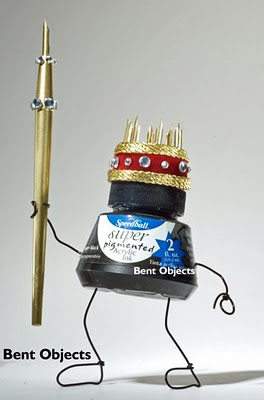 These images are some fun commission work I've been working on the last few days. A Twitter friend's husband is working on a project he's calling "Ink Kings", which is about inker artists in the comic book/graphic novel trade.  Anyway, they had the idea of making a crown out of the ink nibs, and left the rest to me. Challenging, but a lot of fun.

This is a small image of what may be the site header. The font is mine, and won't be in the final version.
Posted by Terry Border at 3:31 PM

Someone Had A Bent Objects Party

I received a fun email yesterday from Lindsay, telling me about the "Co-Ed Bent Objects Birthday Party" she had. She and her friends created some pretty good Bent Objects-like scenarios (I especially like the burrito one), and I'm flattered that she chose my work as the theme to her party and to have fun with.

Also, I shared on my Twitter a while back a link to Szymon's Inspire Me Now blog. It was quite a hit. Need some inspiration, or just feel like checking out other people's awesome work? You should go there. Right now.

Confidence Will Only Take You So Far 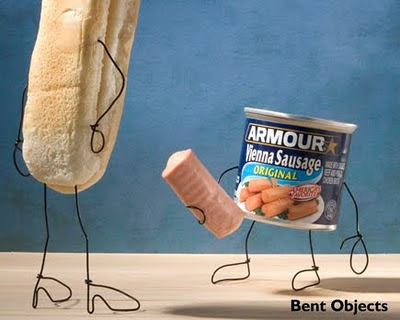 Too Much Time On Their Hands

So, I had this little back and forth on Twitter with my friend Pete who lives over in Manchester, England, after reading one of his tweets-

Pete- Been sent an email with photos ripped off the web with no credit to the artists, stating creative people have "too much spare time". Angry.
Me- I was saying last week that reading that line always makes me angry. Ignorant people.
Pete- I don't wish to make you even more angry... but 5 of the images were yours and there's no watermark
Me- Can't say I'm surprised.
Pete- but the title of the email was "Incredible Imaginations"... there's something :/
It didn't help much.
I come across that line far too often- "They must have too much time on their hands." I'll see something really neat on the internet, and written somewhere in the comment section, I'll find those words. How many hours does that commenter spend watching television, surfing the internet, or playing video games?
If you spend 3 hours a day on passive entertainment (which is probably a very low estimate), that's 21 hours a week that could be used to write something interesting, make something cool, or creating something absolutely nutty that you and some other people might really enjoy. If you aren't doing something along these lines, then I think that it might be you who isn't spending your time wisely, and not the other way 'round.
I challenge you to try it.