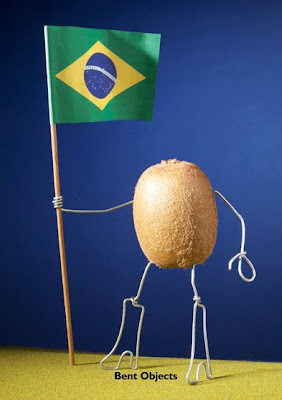 The idea for this image came to me as I was in Brazil last week. I even asked a couple of friends down there about their thoughts on it, and from what I understand Brazilians don't exactly enjoy being thought of when this subject comes up ( I was even told that their country isn't responsible for it's origins), but that if I created it, it would be enjoyed in that part of the world. So let's see, shall we?
----------------------

On another note, regular readers will remember a problem that I had over the weekend, which I ranted about, and now that post has been taken down. I took it down voluntarily after several back and forth email conversations with the "My Food Looks Funny.com" people. I can tell you that the problem has been taken care of very amicably, and much care will be taken with Bent Objects when it appears on their site in the future. All I can say is that from my personal experience of the last 2 days talking with them -- they were very pleasant and tried to make me happy.

I do wish to thank each and every one of you who helped to bring the problem to their attention. Friends of this blog are always on the lookout for Bent Objects best interests, which constantly surprises me, and (I know this will sound corny) gives me a bit of a warm feeling inside. Thank you.
Posted by Terry Border at 2:53 PM

I'm off to Brazil very soon. 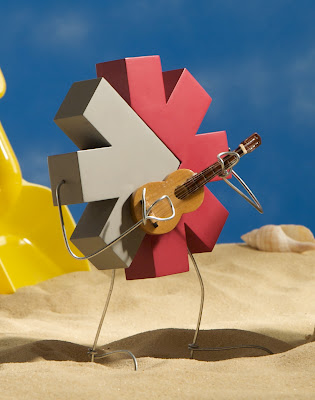 Mr. Nextel Logo at the beach, serenading his sweetheart.
I've never been before. I've been a few places, but never to South America, so I'm excited. An agency in Sao Paulo got in touch and asked if I would help bring some characters to life in several images, then come down and talk about my work and the experience of helping with this job (not a bad gig!).

So here's the site where all the images are collected.  You'll have to be a little patient as the site loads (no whining, please), but it's very nicely done. It's in Portuguese, but you'll find your way around. 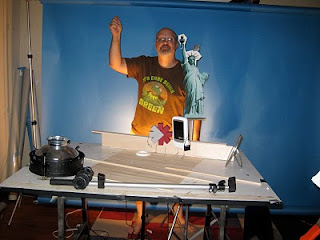 I created the theme and characters for the opening animation, then photographed them in the form of individual images which they then did a fantastic job of animating.  There is then a page showing the images that I created for them, as well as behind-the-scenes photos.

One of the special things about this was that I knew that the agency was going to be animating some of the things in the images to make them look more interesting in video form, but the spirit of my work was left intact. And the amount of work they were able to do in such a short time-frame is nothing less than incredible. Hat's off to the crew down there who worked on this.
Posted by Terry Border at 4:47 AM

They Always Make Me Cry 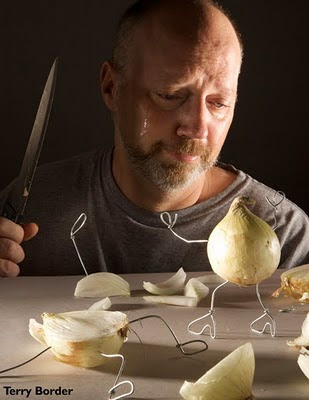