Here's one for the crazy cat ladies. 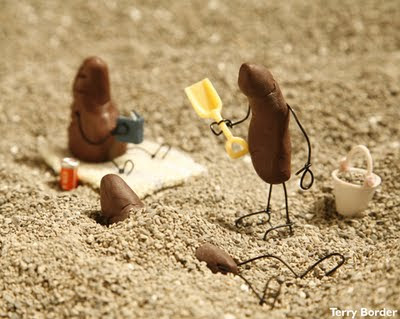 Postcard from a Cat Box.
If an idea amuses me, I make it happen.
Posted by Terry Border at 1:03 PM

Raiders of the Lost Egg

A try (my first) at stop-motion animation. Plus fire.

Thought I'd show something I worked on recently. Noah Scalin of Skulladay fame is helping to curate an exhibition in Richmond, Virginia celebrating "Skull Appreciation Day". 100 artists were sent brown paper mache "skulls" as a base for whatever you wanted to do with them. There were a few restrictions, like not making it too large, but besides that we could do whatever we wished.

I then had some more fun and made a video of mine.

The exhibition runs from June 3 through July 8 at Gallery 5, in Richmond, Virginia. Half of the proceeds will go to the Richmond Peace Education Center, and pieces will be priced fairly reasonably. 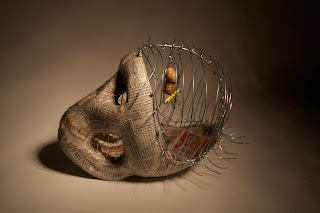 Because of where I put the "teeth", the skull really doesn't look human anymore, in my opinion. I gave the nut some protective coating like the rest of the skull, and it's given him a shiny look.
Posted by Terry Border at 6:16 AM 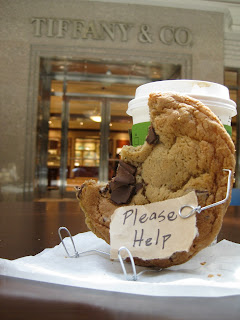 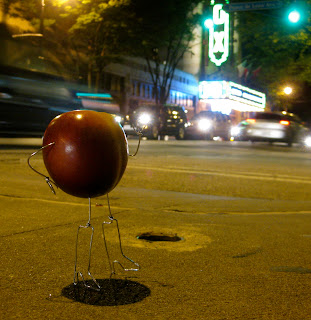 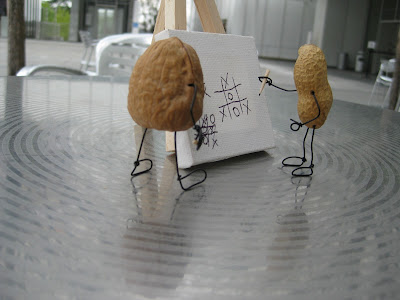 Regular visitors to Bent Objects know that I sometimes leave things behind when I travel. Look through the blog and you'll see things left around different U.S. states and in Europe. What happens to them, the mystery of it, is why I do it, I guess. Most probably end up in the trash for all I know. These two artists were left at Atlanta's High Museum of Art.
Posted by Terry Border at 10:03 AM