People have asked me over the years for a tutorial on how I do my thing for the Bent Objects project. Here it is. This is a very simple character, but it is the basis, more or less, for every character I make. For a more detailed, more sturdy tutorial, take a look at the end of my first book. Or just mess around with it. Wire is cheap.

I've always been a great fan of Alexander Calder, who was one of the most non-pretentious geniuses of the last century. Inventor of the mobile, and the creator of Calder's Circus, which attracted most every writer and artist in 1920's and 30's Paris.  If the Bent Objects project stands anywhere, it stands on the shoulders of this giant.

His circus characters were all a mixture of wires and ordinary objects, and here he is bringing it to life.

Where Pasta Shells Come From 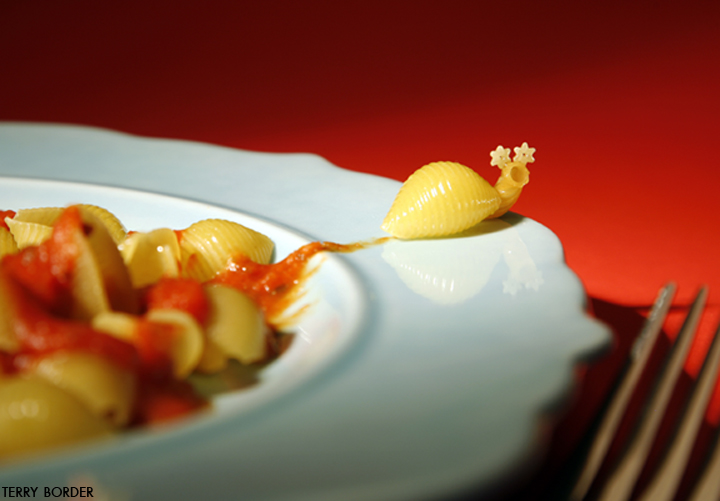 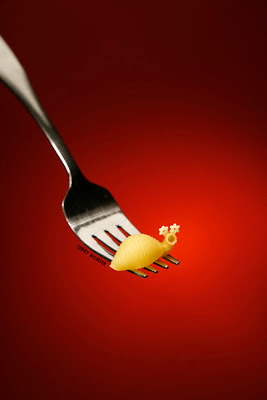 Writer Ralph Jones wrote this about my Bent Objects project for a competition
but the judges were obviously drunk, because he wasn't given an award.
Nevertheless I'm flattered that he chose my work to write about.
He captures things nicely I think.
Thank you Ralph. His website is here.
Posted by Terry Border at 9:54 PM

What Butter Dishes Remind Me of. 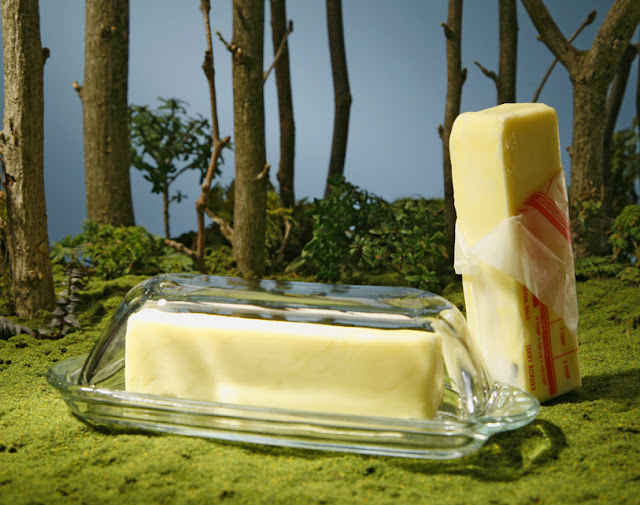 Now maybe you will be the same?

I bought this butter dish at least 4 years ago with this idea in mind but never
really had a clear vision for it. This weekend I decided to just make it happen.
Posted by Terry Border at 10:08 PM